BE THE CHAMPION OF TRIVIADOR 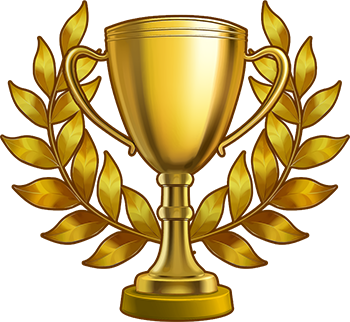 The Tournaments are launched at different times every day, so everybody will have a chance to join a Tournament.

There are several tournaments every day. The start times are the following:

In the Tournament menu you’ll find the list of the upcoming Tournaments.

You can join a Tournament if you meet the conditions.

Regarding the accession there are 4 types of Tournament:

At the beginning all the subjects will be in the Tournament (there won’t be thematic Tournaments yet).

IMPORTANT NOTE: the “Remove a subject booster” won’t work in the Tournament (so if you already use it and remove Sport subject for example, you’ll still get sport questions in the Tournament)

The other boosters will work. (Later there will be Tournaments where the boosters can’t be used.)

Every Tournament has 4 rounds. It’s NOT based on a dropout system. (Everyone plays 4 rounds.)

In a Tournament there can be a maximum of 48 players. If there will be more than 48 players, then more Tournaments will be launched at the same time.

There should be at least 12 players. (If there’s not enough players the Tournament will not start.)

The point system is the same as it is in the ranked games. BUT! The results you get in a Tournament do NOT affect your Season Rank, you will NOT get Season Points, and it will NOT change your Daily Rank List results either.

Your APP in a Tournament won’t change your global APP. (So it won’t have any effect on your ranked games results either.)

The winner of the Tournament will be the player who will collect the most “Tournament Season Points” during the 4 rounds.

You can find the prizes on the left of the window if you choose a tournament from the list:

CREATE YOUR OWN TOURNAMENT

If you are a member of the Order of Dragons you can host one tournament in every season.

Once you chose the game mode you'll see your code which you need to send to your friends to be able to join your tournament:

During the waiting (which can take an hour max.) you can chat with your friends in the tournament: