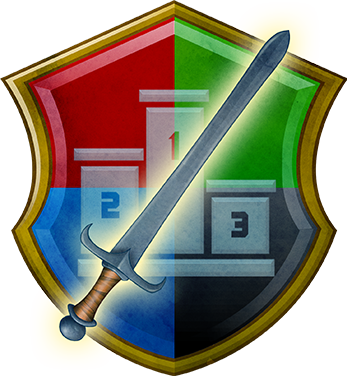 You must play Ranked (aka Competition) games in order to collect Season Points.

Wen you collect 9000 Season Points, you will automatically join the League, and can begin competing in League Battles.

Only players playing in the League can be added to the Rank List.

In addition to earning 9000 SP to take part in League Battles, you must also be a member of the Order of Knights for your name to appear among the best Triviador players.

You can play any Game Mode for a Ranked game.

You can play 30 ranked games in a day.